The history of Chocolat Frey AG is almost as old as the European chocolate industry itself. The traditional company played a significant role in the development of chocolate from an exclusive delicacy for the privileged few to a sweet pleasure enjoyed by a large part of the population. Since its founding in 1887, Chocolat Frey has evolved into a premium manufacturer of chocolate and chewing gum with international operations.

1888
After just one year, the previously separate production sites on Balänenweg in Aarau are pulled together. Even then the machines were already powered with electrical energy.

1900
Around the turn of the century the chocolate production is moved to the buildings of an old spinning mill in Telli in Aarau.

1903
Even early on the company is characterised by quality products. At the start of the century the range comprises Frey chocolate bars, chocolate powder, soups and energy nutriments. The two latter products were later discontinued in favour of the pure cocoa products.

1906
The company is converted into a corporation: Chocolat Frey AG.

1914
After outbreak of the First World War, sales figures initially fall dramatically. But soon the situation calms in spite of difficulties with the import of raw materials. The demand for chocolate strongly increases in Switzerland over the following years.

1918
In export, however, the sales figures completely collapse during the last two years of the war. In certain countries it is even prohibited; in others the regulations are so strict that deliveries abroad are foregone. Work in the factory is suspended on certain days.

1923
After difficult times in the post-war years the chocolate market and the sales figures begin to recover.

1932
Change of generation: Robert Frey Junior takes over as majority shareholder from his father Robert Frey and succeeds him on the board of directors. The company remains an AG (corporation), but maintains its family character. 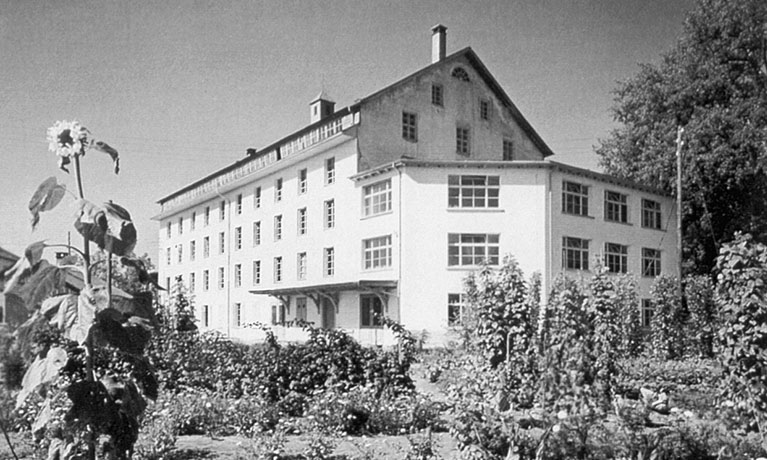 1939
The Second World War is another difficult time for the company. As a consequence of Swiss mobilisation, many employees are drafted into military service. Furthermore, new import regulations for raw aterials severely limit the Swiss chocolate market. Production is just barely maintained.

1946
Thanks to the significant economic recovery at the end of the Second World War the situation also improved for Chocolat Frey. In 1946, the idea to look for a partner is floated on the board of directors for the first time.

1950
Chocolat Frey AG is taken over by MIGROS. It is the oldest acquired company of the MIGROS Group.

1962
Due to the large demand for the chocolate from Aarau the plant in Telli becomes too small. That’s why the factory is extended and modernised.

1965
Jowa AG, MIGROS’ own chocolate factory, which was founded in 1931 in Wald, Zürich as Jonatal AG and later relocated to Meilen, is moved again to Buchs / Aargau. In the early 60s, MIGROS built one of the most state-of-the-art factories for chocolate, confectionery and sweets there. 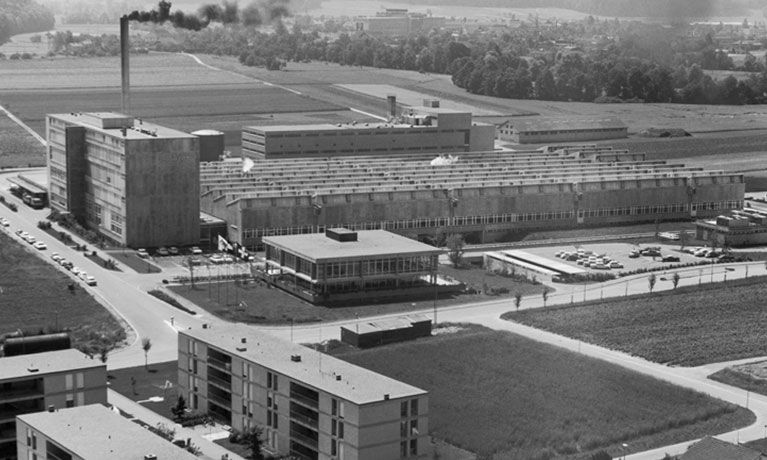 1967
Chocolat Frey also moves from Aarau to the new production site in Buchs, in which the entire chocolate, confectionery and sweet production of MIGROS is from now on amalgamated into Chocolat Frey AG.

1974
Chocolat Frey begins production of chewing gum and therby realizes the desire of MIGROS to produce its own chewing gum. To this day, it remains the only chewing gum manufacturer in Switzerland.

1981
The factory in Buchs is expanded for the first time. A fully air-conditioned seasonal storage for holiday products for Christmas and Easter is put into operation.

1984
The topic of environmental protection becomes more prominent. Chocolat Frey begins to acquire distance heating from the nearby refuse incineration plant and, since then, requires hardly any heating oil. Plus, the company receives a railway connection to the Swiss Federal Railways (SBB), allowing it to switch to environmentally friendly rail transportation.

1990
The export business develops pleasingly. With the largest own brand customer abroad, Marks & Spencer in England, a turnover of 10 million Swiss Francs is exceeded for the first time. 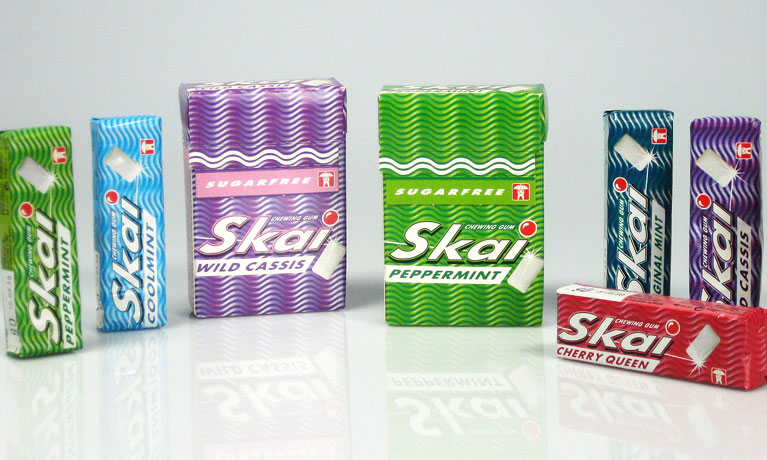 1994
With a celebratory opening ceremony, the hitherto largest expansion project in the company’s history is inaugurated. The «confectionery» extension in Buchs is opened for 70 million Swiss Francs, which, thanks to the use of state-of-the-art technology, greatly increases production capacity.

1997
The «Chocolat Frey goes international » project begins with the goal of expanding exports.


2002
A major fire at the MIGROS distribution centre in Volketswil destroys 40 per cent of the entire MIGROS Easter range shortly before delivery to the branches. Only thanks to the enormous effort of employees, suppliers and even competitors is it possible to again produce the entire quantity of Easter rabbits in an emergency production. 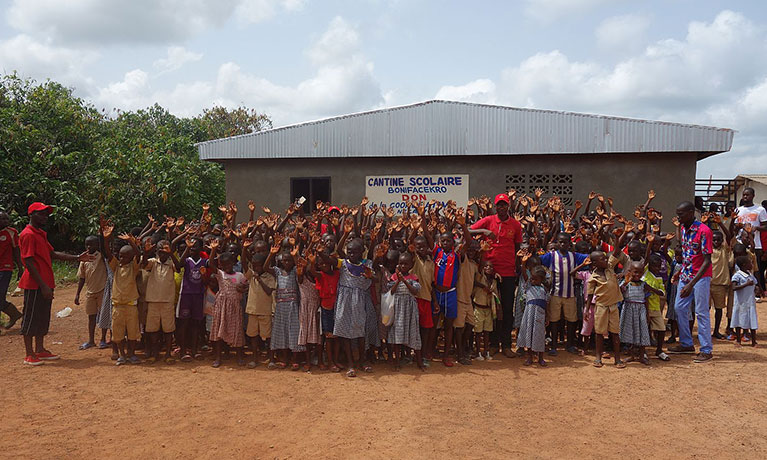 2007
Abroad, chocolate from Buchs is once again sold under the brand name «Frey».

Chocolat Frey decides to begin a sustainable project in Ghana, one of the main countries of origin, from which it processes cocoa beans. It finances the construction of twelve family homes in the SOS Children’s Village in Asiakwa and has guaranteed the annual running costs of the house since then.

2008
As a consequence of the environmental measures implemented over an extended period of time, the company receives the environmental certificate as per ISO standard 14001 and thereby obligates itself to a careful use of resources.

2011
Chocolat Frey acquires cocoa from the international programme «UTZ Certified», which fosters the cultivation of cocoa according to socially and environmentally friendly criteria.

Chocolat Frey launches the «Schokogramm ». Via the internet, a message filled with a bar of chocolate can be sent anywhere in the world. 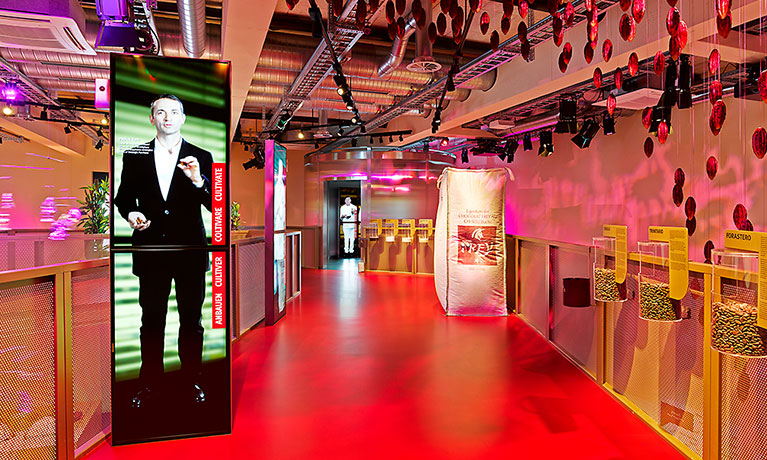 2013
Certification as per FSSC 22000 (Food Safety System Certification), which replaces the BRC certificate.

Opening of the new visitor centre, in which an adventurous and sensory journey around the world of chocolate awaits the visitors.

2015
Since April, chewing gum can be designed with photos, texts or symbols in the myskai webshop and shipped together with a greeting message.